In his latest column “Lettre d’Asie”, David Baverez, member of the Asia Centre’s Advisory Board, gives his analysis regarding the advantages that a victory of the Rassemblement National in the 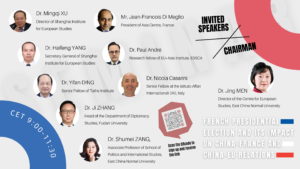 On March 25, our president Jean-François Di Meglio will participate in the conference “French presidential election and its impact on China-France and China-EU relations” held by Dr. Jing Men, director 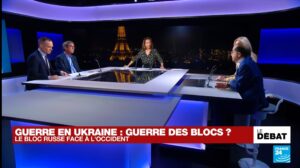 Asia Centre in the media: “War in Ukraine: war of blocs? The Russian bloc against the West”

Jean-François Di Meglio, president of Asia Centre, was recently one of the guests of the “Debate” for FRANCE 24 to discuss China’s involvement in the Russian-Ukrainian conflict. You can watch 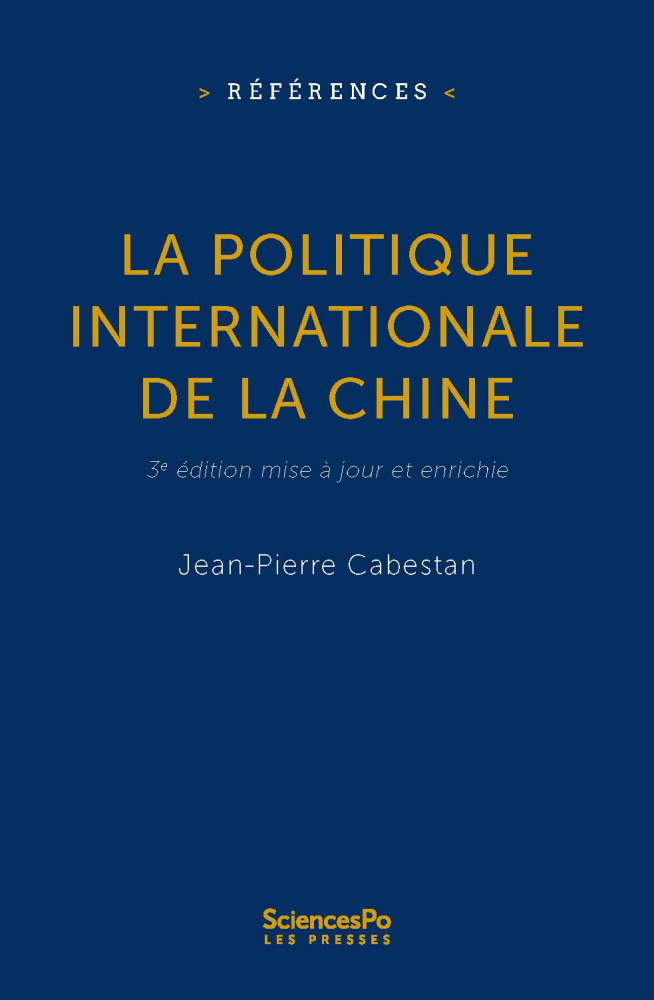 You can find the article below :

CHINA’S CONQUEST OF THE WORLD

Seven years ago, in 2015, when sinologist Jean-Pierre Cabestan was completing the first updated edition of his essay La Politique internationale de la Chine (Presses de Science Po), he had not felt the need to change the title of his conclusion. The title “The Will to Power and China’s Weaknesses”, which was used in the first edition in 2010, still seemed relevant to him. However, in the third edition, which has just been published, the director of research at the CNRS changes radically his perspective. The title of his conclusion now sounds like a warning: “Integration, the will to power and the risks of war”. That says it all.

Since Xi Jinping took office in March 2013, China has claimed a central place in the concert of nations. This is only natural, given that it is not only the most populous country, but also the one that, by the end of the decade, is expected to produce the most wealth, with a GDP that is about to dethrone that of the United States. While many historians and diplomats wonder whether China will accept to be part of the international order as it was redefined after the Second World War, Jean-Pierre Cabestan notes that “by its mass, its history, its rapid rise in power and the international influence it has acquired or recovered, China can only be an almost naturally, or rather mechanically, revisionist power”.

For those who are not convinced, the book’s 330 pages devoted to the various bilateral relations that China maintains with the rest of the world (United States, Japan, India, Russia and Central Asia, the European Union, emerging countries…) are enlightening. We follow step by step the rise of the economic, diplomatic and military power of China, a country that has both the largest diplomatic network in the world and the largest number of military warships.

But Jean-Pierre Cabestan does not content himself with describing Beijing’s bilateral diplomacy; he first outlines in detail the general orientations of Beijing’s security policy and the main decision-making bodies responsible for implementing them. Apart from Xi Jinping’s personal psychology, Jean-Pierre Cabestan reviews all aspects of the issue in this book, which has no equivalent in French.

As the title of the conclusion proves it, his observation is hardly optimistic. Not only is China “by nature” revisionist, but so is its ideology. And this is exactly where the problem lies. “More than ever, the People’s Republic intends to modify the international order in a way that is favorable to it, in order not only to better protect its fundamental interests, but also to weaken the West and more broadly the democracies, and thus to establish its world leadership,” warns this Hong Kong-based jurist.

Xi Jinping has never hidden this. Since 2013, there has been no end of speeches or official documents denouncing the danger that the West continues to represent for China. Since the 19th Congress of the CCP in 2017, the “superiority of the Chinese model” is also regularly reaffirmed. The icy meeting in Anchorage, in March 2021, between the main Chinese diplomats and the new Biden administration proved that Chinese people no longer intend to receive lessons from anyone, especially not from the United States. For Jean-Pierre Cabestan, we have entered a new cold war, which could turn hot, especially around Taiwan. The risk is even greater because China, like the other great powers, is locked into its own logic. Its inability to listen to other actors and even more so to take into account their critics has taken on worrying proportions in recent years,” says Cabestan. It is only a detail, but the fact that Beijing published its report on the virtual China-EU summit on April 1, even before the end of the meeting, shows that, for Chinese authorities, Xi Jinping’s statement was the only thing that really counted.

If a certain “de-Westernization” of the world seems obvious, China has not necessarily won, says Jean-Pierre Cabestan. Its “soft power” is years behind that of the United States, but also of South Korea and Japan’s. Its rise to power, as evidenced by the many investments made around the world through the “New Silk Roads”, is certainly accompanied by increased influence on the international scene, but even among its immediate neighbors and friends, such as Burma (Myanmar) and Pakistan, China is more a spectator than an actor in the internal struggle for power. Nowhere, except in the South China Sea, is it in a position to impose its law. There remains the question of Taiwan and the risks of war that it entails, even if, until now, Xi Jinping has always shown himself to be infinitely more reserved than his “old friend” Putin with regard to any recourse to armed force.